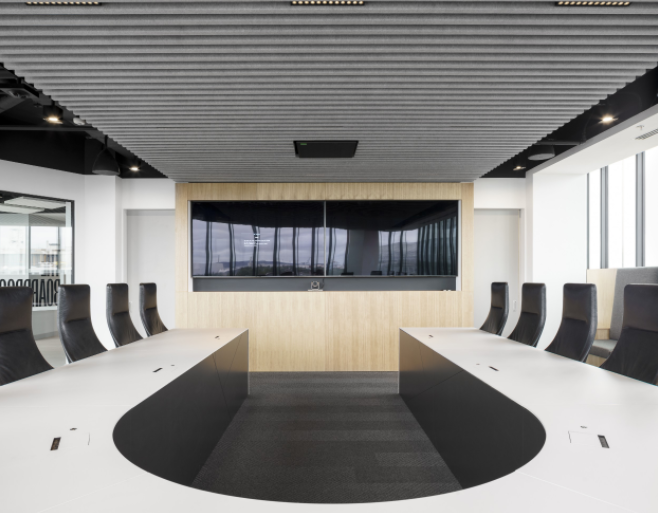 The aerospace company, which was founded in 2010, is already the world’s third largest airline lessor and has stated its aims to be the biggest. Its first-class, state-of-the-art HQ at Number One Ballsbridge, Shelbourne Road, reflects those ambitions.

The 75,000 sq ft premium office space has panoramic views of Dublin city centre, a wellness, learning and development centre and a bespoke auditorium, and is designed to achieve LEED Gold accreditation for energy efficiency and environment design.

Senior architect Dara Murphy specified 1300m2 of the modular felt panels in mid-grey, after being impressed with the look and feel of the product. The 40 x 55mm panels were installed with a 60mm gap, enabling the services to be easily integrated.

“We’d never used HeartFelt before but it looked ideal for the Avolon Aerospace building, which was designed to be a sophisticated space. I liked the idea that it was a new product and that it had good acoustic properties. The fact that it is also demountable was very important because of the ease of access to the services,” he said.

“The range of colours was suitable for the palette and it was easy to integrate lighting and ventilation in an elegant way because it’s a linear system, so you can slot lights in between the individual ceiling fins.

“Because the building is triangular shaped, the linear system of the ceiling also helped to bring direction to the internal space, which is otherwise missing. The acoustic quality of the ceiling was another benefit.”

David Harris, General Manager of Hunter Douglas Architectural, said: “Our HeartFelt® system has been making waves since we introduced it to market. Interior designers and architects appreciate the flexibility it offers, as well as the acoustic qualities, appearance and environmental credentials.

“Using the ceiling system across such a wide expanse in the Avolon Aerospace headquarters looks impressive and slick, reflecting the sophisticated style of the entire fit out.”

MOLA Architecture was so impressed with the quality of HeartFelt® that it has already specified it on a further two projects and Dara says he is confident it will be used in further fit out schemes.

Hunter Douglas Architectural introduced HeartFelt® in 2016 and it won a Red Dot award the following year. Its modular linear felt ceiling system with unique design and sustainability qualities is made from felt, a naturally soft material, with a warm appearance and has excellent acoustic properties. It is also Cradle to Cradle-certified and compatible with industry standard lighting, HVAC, speaker, fire safety, and security services. 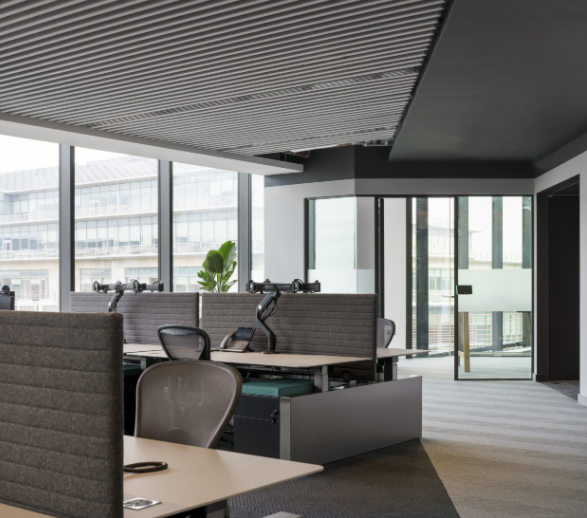