Modern pearl in the heart of historic Bruges 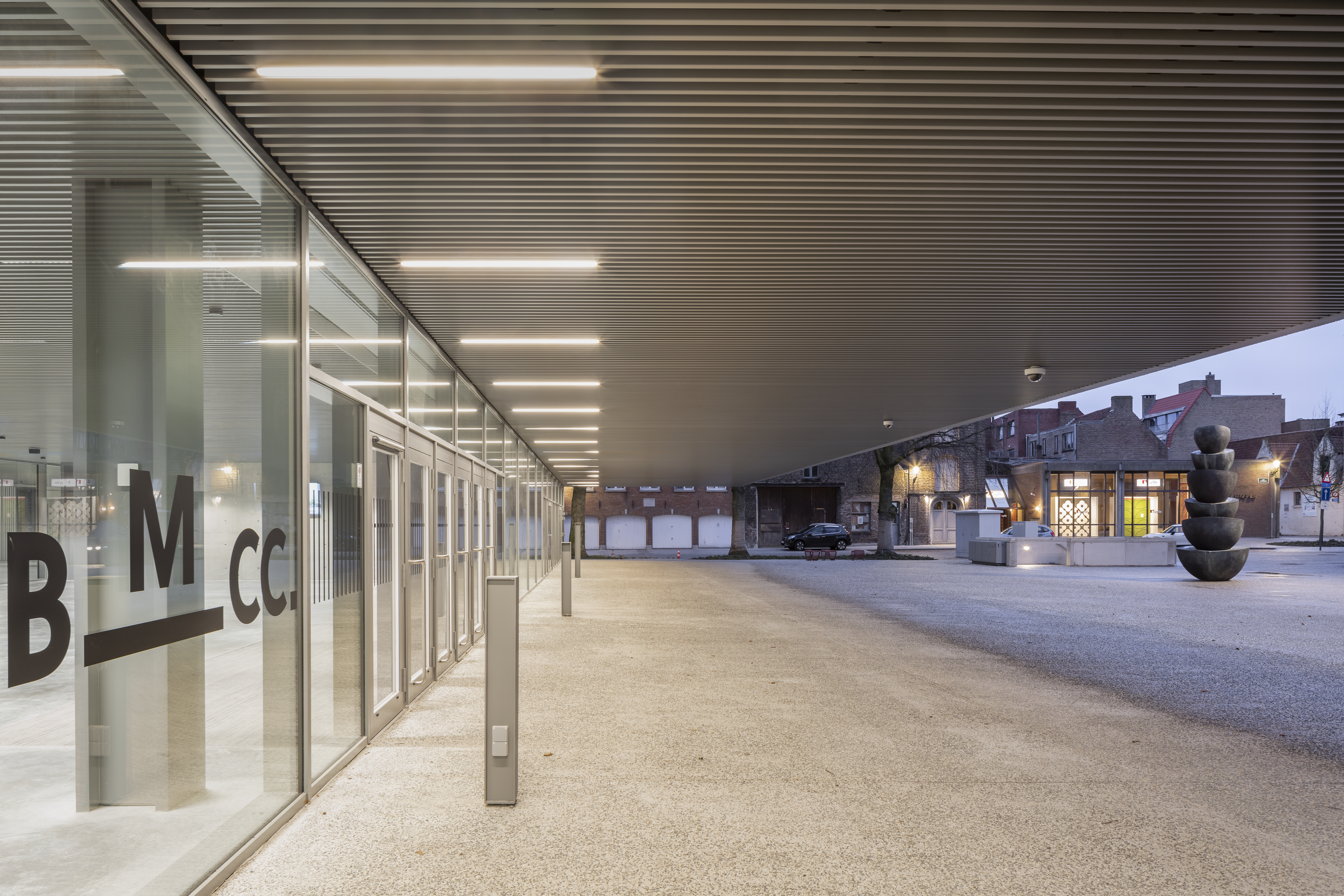 In a historic city like Bruges, the design of an urban conference center with an auditorium and meeting rooms is a delicate matter. The architectural team Eduardo Souto de Moura and META architecture office delivered the impressive project. Hunter Douglas Architectural was allowed to supply the steel interior ceiling and aluminum exterior ceiling.

The designers opted for a Multipanel 30BD ceiling, which is both functional and aesthetic. In addition, the slats of the ceiling also offer the visitor direction and guidance within the building.

The predecessor of the current exhibition hall in Bruges was built in 1966 as a temporary construction. Because the building had not actually met the requirements of the city of Bruges for a number of years, it was decided to build a new exhibition and conference center: the BMCC with a price tag of 40 million euros.

In harmony with the historical environment

At first glance, the BMCC looks imposing and modern, almost futuristic, due to its rectangular shapes. However, if you zoom in, you will definitely see similarities with the historic city center around the building. The massive red-rugged brick columns give the building a robust, massive appearance, attuned to the color palette of the city: a nod to historic Bruges.

Addition to the exhibition hall itself, there are meeting facilities with eight meeting rooms, a catering area of ​​650 square meters and an adjacent terrace with a view of the towers of Bruges. The divisible auditorium with retractable grandstand and space for 500 visitors also looks modern. There is also underground space for 124 cars and 200 bicycles.

Giving direction in a subtle way

Also within the exhibition center everything is aimed at leaving a special impression on the visitor. Architect Eric Soors of Meta Architecture explains the thinking behind it. “It is a building with two functions: an exhibition hall and a conference center, where it was important that people were invited to take a look at this building, which occupies such a prominent place in the old city center of Bruges.”

The Multipanel ceiling by Hunter Douglas Architectural was a logical implementation, according to Soors. “In the end we opted for a linear ceiling because it gives the room a subtle direction. Integration with the chosen LED lighting could also be elegantly designed with this ceiling. Moreover, by using lines and not opting for -for example- a grid ceiling, we have been able to continue the aesthetics of the building. The lines in the ceiling point in the direction of the facade of the building: the focal point of the design.”

A custom design approach was chosen for the interior ceiling. Soors: “Half as many slats were used, which means that the ceiling is open. This was necessary for the air treatment installation in the plenum, for which a minimum of 70 percent openness of the ceiling was required. We could easily achieve this with this product by removing one slat at a time.”

With regard to the appearance of an interior ceiling, Soors believes that it is an important, but often somewhat minor part of a design. Wrongly, says Soors: “It is precisely the inner ceiling that offers possibilities for subtly delimiting a space and housing technology. The latter component has become increasingly important in recent decades and promotes comfort in a room. That is why it is important to think very carefully about it.”

When choosing the interior ceiling, the designers opted for a combination of aesthetics, clean lines and pragmatic functionality. According to Soors, the 30BD ceiling used was the system that best combined this: “When you look for a suitable interior ceiling, you strive for the best possible design that includes all parameters in the field of - among others - technology, material, safety, color and natural aesthetics. For us, for this project, the 30BD ceiling was the ceiling that brought all of our criteria together in the right way.” 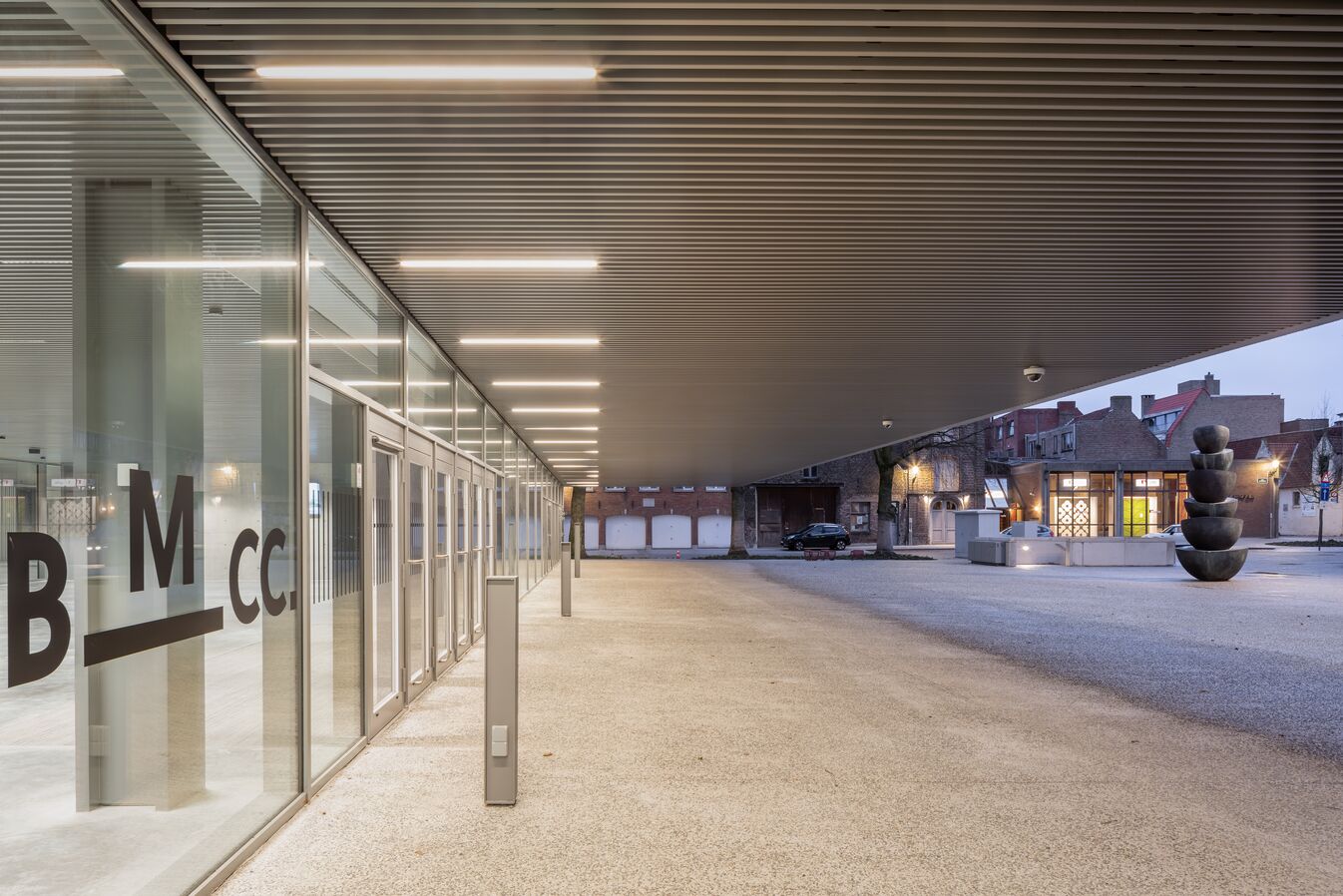 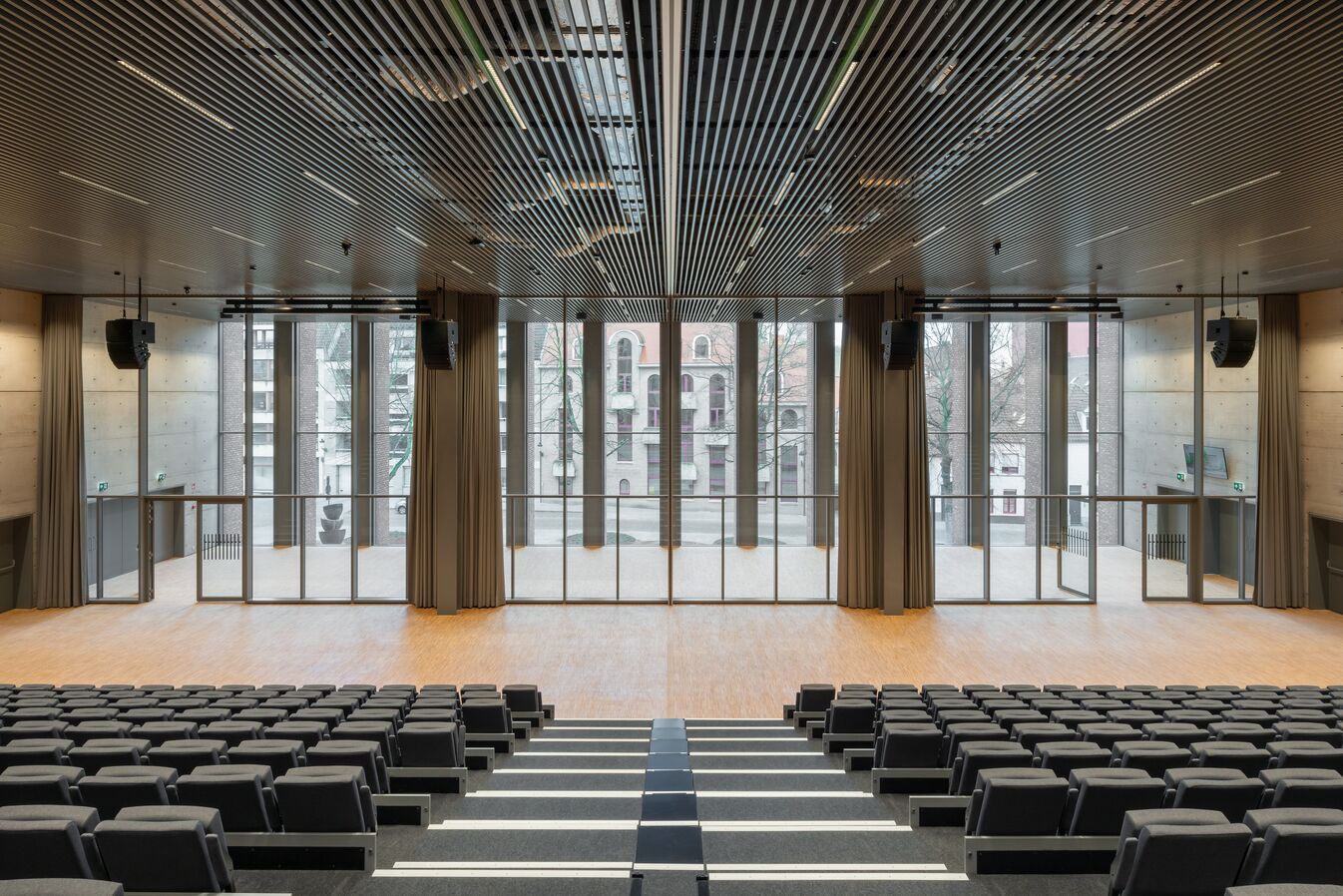 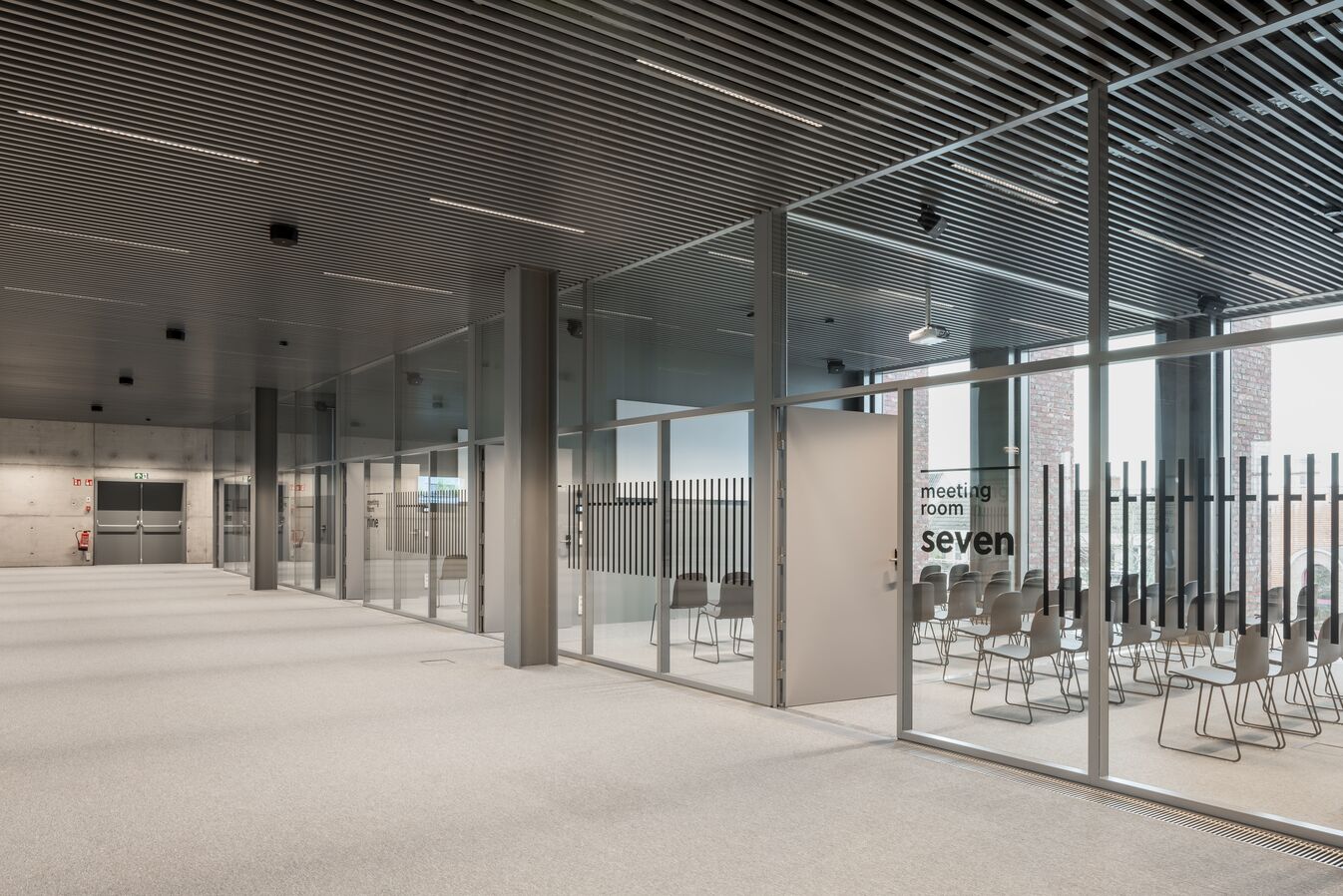 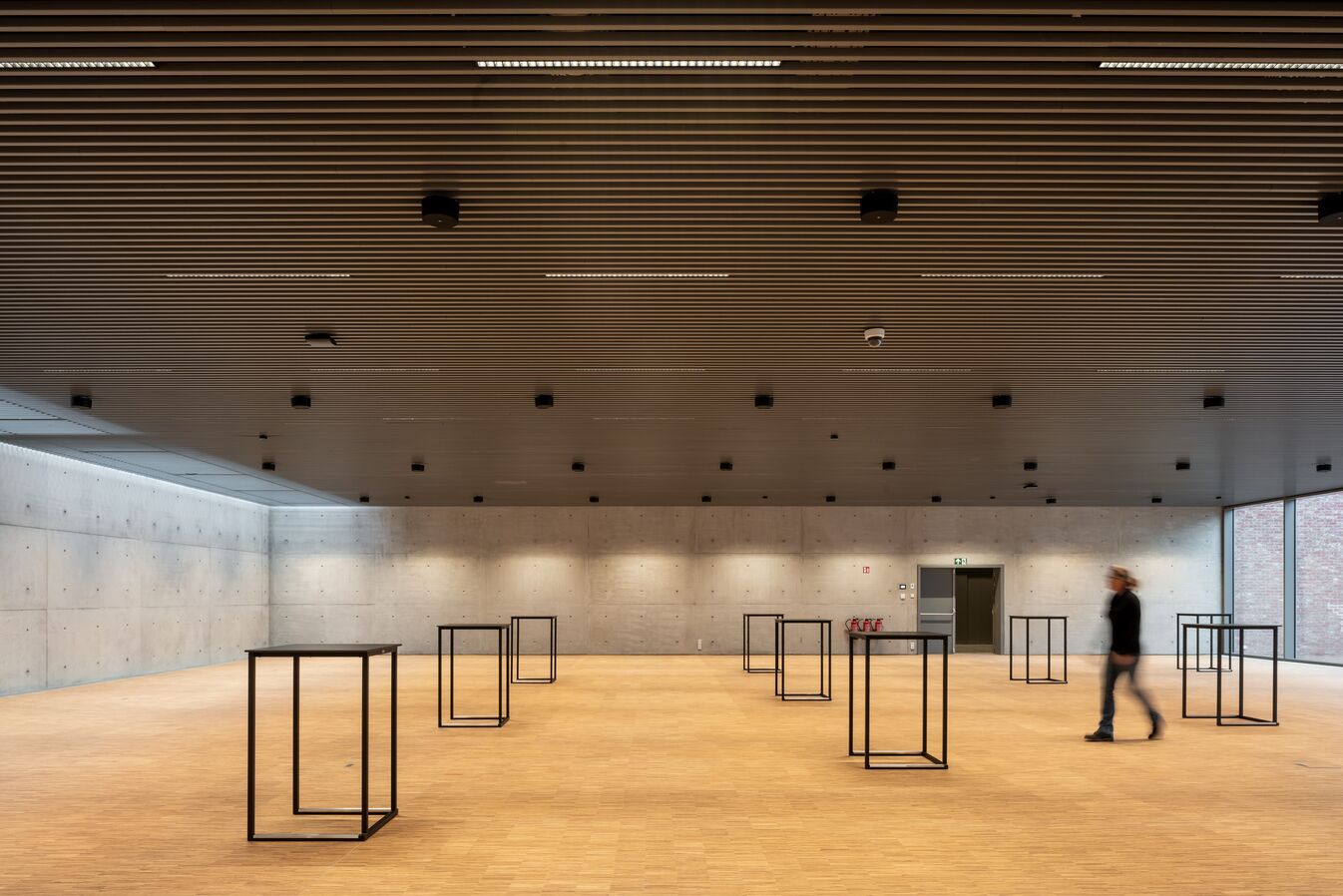 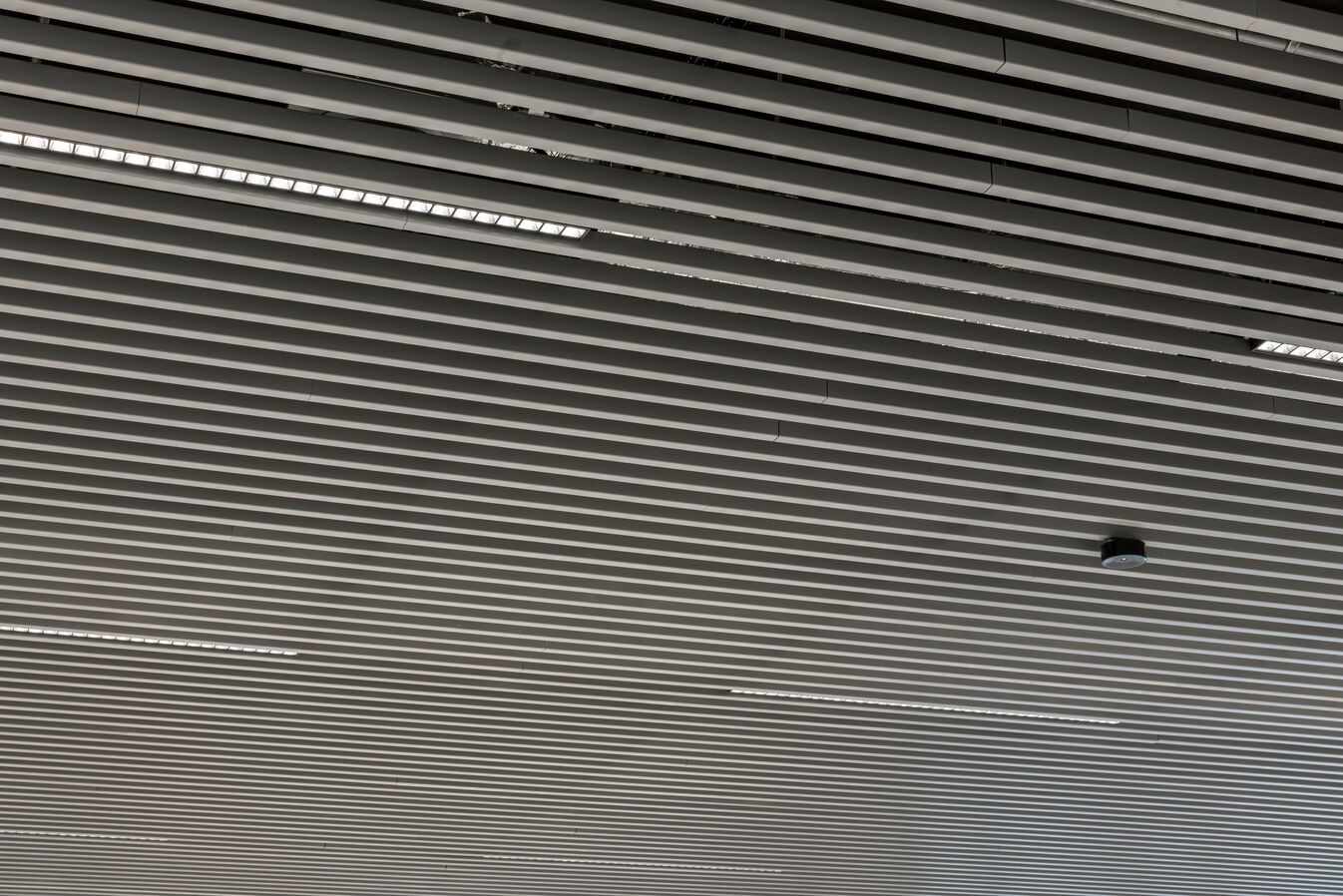