Passing an airtightness test was essential when Hunter Douglas Architectural was specified to provide ceilings for apartments being constructed within East Village on the site of the Olympic Village in Stratford, East London.

East Village is a housing development originally built as the Olympic Village of the 2012 summer Olympics but has since been converted into a residential district, with shops, bars and restaurants.

There are two towers of 26 and 31 storeys, and two ten-storey pavilions, which have been merged into a single residential development that is connected by an inhabited sky-bridge.

Hunter Douglas Architectural, the international architectural products company, was asked to supply veneered ceiling panels for many of the corridors in both towers – in total, 1840m2.

However, the tiles had to pass stringent airtightness tests before they could be commissioned.

After the testing regime was completed, Hunter Douglas supplied European oak tiles with nano perforations, which involves making countless microscopic perforations (Ø 0.5 mm) in the veneer, concealing the more extensive perforation of the core material. This not only provides excellent acoustic qualities, it does not compromise the visual aesthetic of the ceiling.

The panels were also supplied with acoustic fleece on the reverse, which tests have shown to produce a sound absorption of αw: 0.95 and NRC: 0.90.

The veneer sheets were mis-matched and glued to form panels, although these can be ordered with slip-match or bookmatch sheets. In East Village, most of the veneer tiles that were supplied came in 600mm width but multiple lengths up to 2000mm.

The system was installed in the Modern style semi-exposed grid style, which only shows 4mm of the T24mm grid after assembly, thanks to the special edge detail.

The easy installation system means each panel can be easily removed downwards and allow full access to the plenum with a simple push.

Juliette Halliday, national sales manager at Hunter Douglas Architectural, said: “Crucial to this project was the special air permeability test regime that was needed to demonstrate the veneer panels could cope with the air handling methods used in the project.

“This was because the ceiling was designed for fewer hangers to accommodate the large amount of M+E in the ceiling void. Also vital for the project was high acoustic performance and the Hunter Douglas ceiling passed with flying colours.”

Rory Harty, Associate Director of Mace, which was appointed by Get Living, the UK’s largest build to rent provider, said:“The airtightness of the ceiling was essential to make the ventilation system work for the project and Hunter Douglas were able to achieve this using the Luxalon Modern square edged tile through close liaison and testing with Hunter Douglas throughout the design phase.” 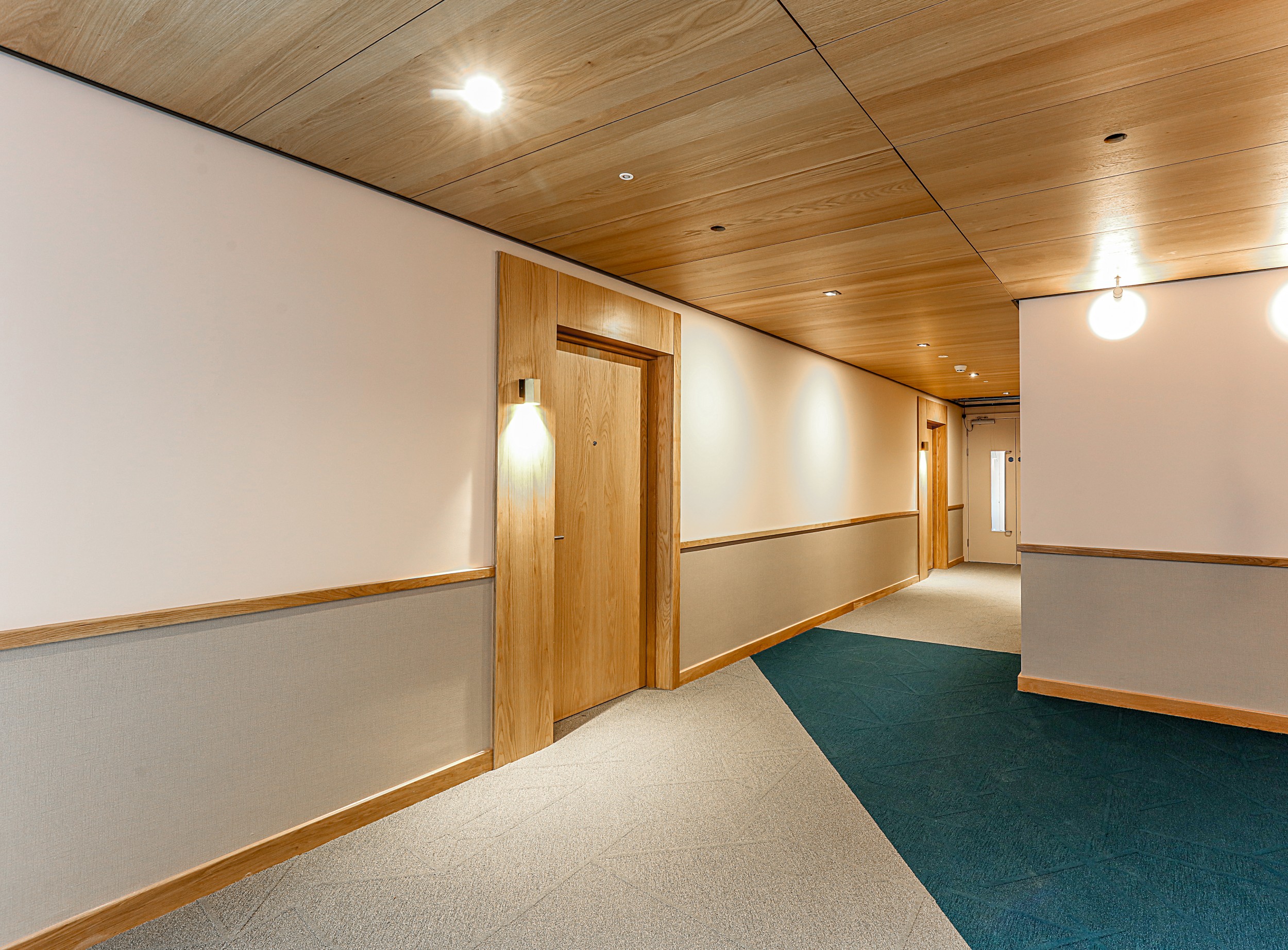 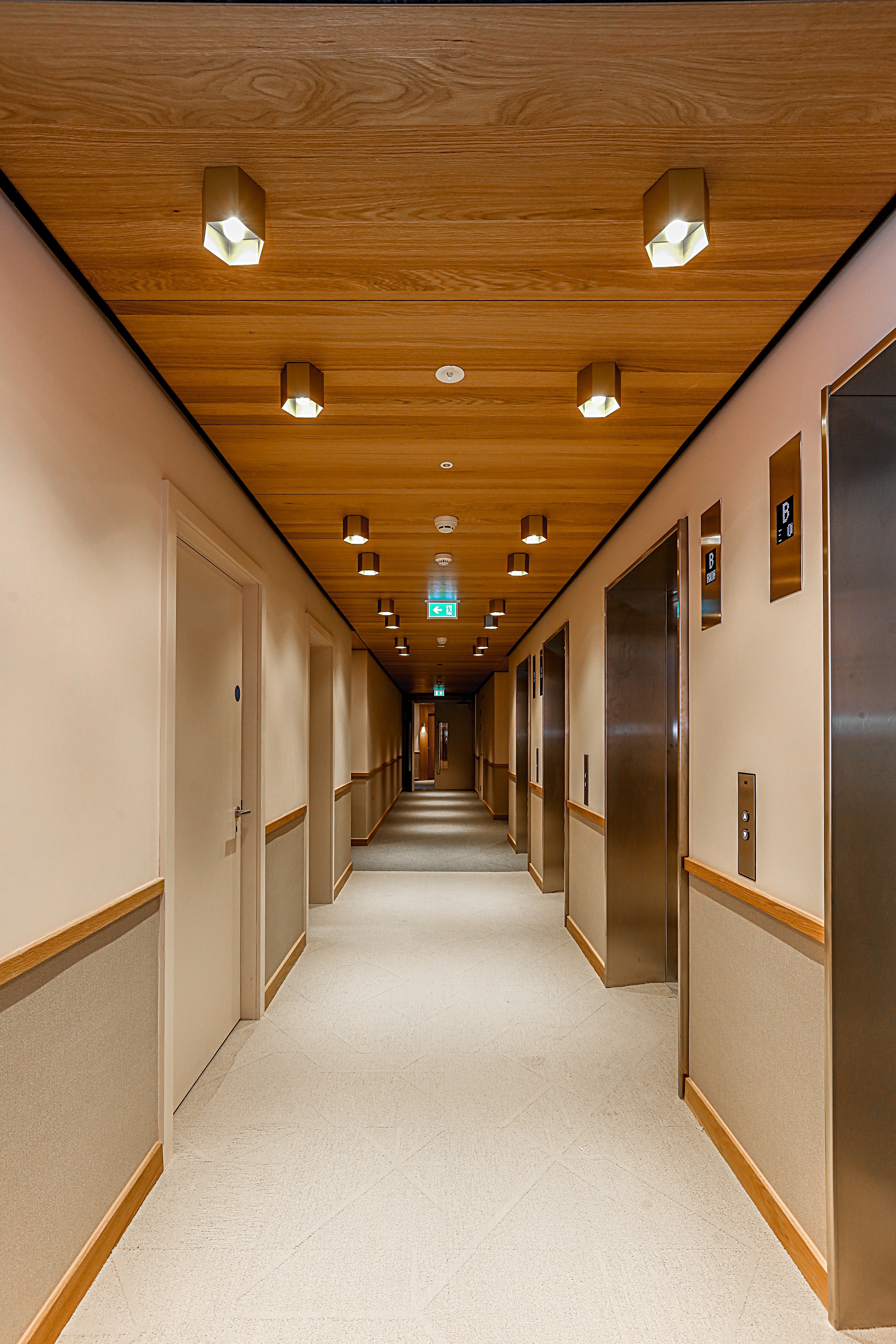