Hunter Douglas Architectural provided a sustainable ceiling option for a £55 million cruise terminal in Southampton that boasts a host of environmentally friendly features.

The Association of British Ports’ fifth terminal in the port city is a two-story building located at Berth 102, adjacent to City Terminal, and has roof-mounted solar power as well as shore power connectivity. Renewable materials include precast piling and associated foundations.

And to complement the sustainability aims, Hunter Douglas Architectural, the global architectural products company, was specified to supply 1249 m2 of its 100% recyclable HeartFelt® panels.

Made of non-woven thermoformed PES fibers, the award-winning HeartFelt® is increasingly in demand from architects and designers who are looking to install an innovative ceiling with superior acoustic properties.

The architect, Stride Treglown Solent, specified the panels in 40mm x 55mm and a module of 50mm, selecting dark brown (7578) and these were fitted between sweeping wood panels in the main terminal space. Acoustic pads were added to achieve a Class A acoustic rating.

Juliette Halliday, national sales manager at Hunter Douglas Architectural, which worked with main contractor Brymor Construction, said: “Wood was originally specified for the scheme but we suggested HeartFelt® as it is ideally suited to a large terminal building.

“Not only is it lightweight, but it also has great acoustic properties, which is essential for comfort in this type of environment. Of course, ease of installation and cost were also important considerations and HeartFelt® ticked all the boxes.”

Gordon Butler, contracts manager at AT Jones, which installed the ceiling, said: “The process was challenging in places due to access and the height, as it was 12 meters above moving escalators, but the installation was easy.

“It was a short programme of 21 weeks, but it was a great project to work on. Brymor Construction was a pleasure to work with, and from the outset, we were one big team. All the parties involved did a great job and the building was also handed over early.”

AT Jones has installed a number of Hunter Douglas ceilings, although this is only the second that Gordon has installed, having already worked on a wood ceiling for Edenbrook Leisure Centre. “Both the timber product and HeartFelt® are good, with stunning results on completion,” he added.

The product is Cradle to Cradle Certified™ Bronze. 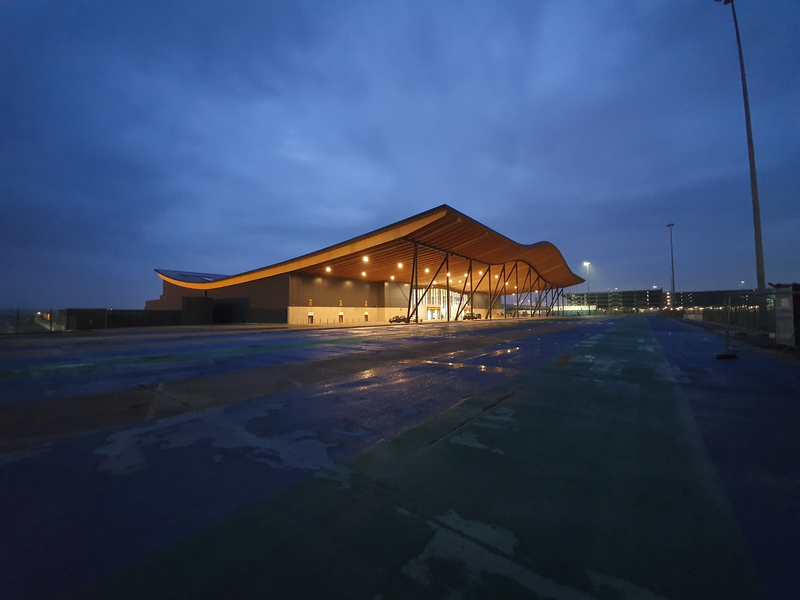 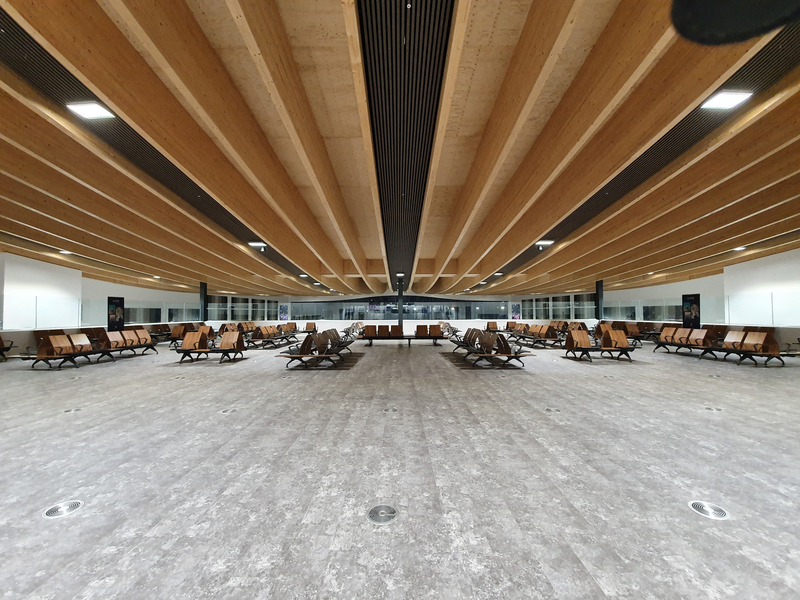